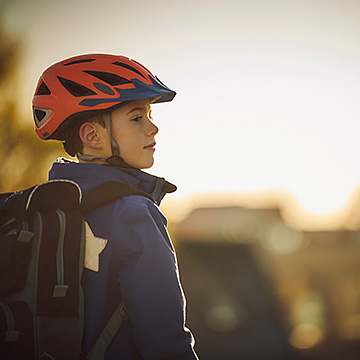 The Danes love to bike. With more than 4.5 million bikes – almost one per citizen – you see bikes everywhere in the Danish streets. Drivers are used to paying attention to cyclists, and in many places – among them the capital of Copenhagen – cycling is the most popular way to get around.

Public transport is very efficient in Denmark. Regular and rather punctual bus and train services run between even the most remote parts of Denmark. And in the Greater Copenhagen Area, the well-run local train network (‘S-tog’), metro and bus services ensure that you can get around without a car.

When planning a journey by train, bus or metro, you will find Rejseplanen (Journey Planner) a useful tool. This journey planner covers all regional and local transport companies in the entire country. Rejseplanen contains data from all Danish train and bus companies as well as most ferries.

Denmark is an island nation and there are a great many ferry routes between various islands and between Denmark and other countries. A list of ferry routes in Denmark is available at Visitdenmark.dk: